On this day 7 years ago Friends of John Muir Country Park (FoJMCP) arranged  a work party to coincide with the weekend of Muir’s 175th birthday celebrations. So, on Saturday 20th April, 2013, members of FoJMB joined FoJMCP to plant hundreds of trees at Linkfield car park. The work party included Scottish Government Minister for Environment and Climate Change, Paul Wheelhouse MSP shown in the photograph (below) planting the first of many trees. 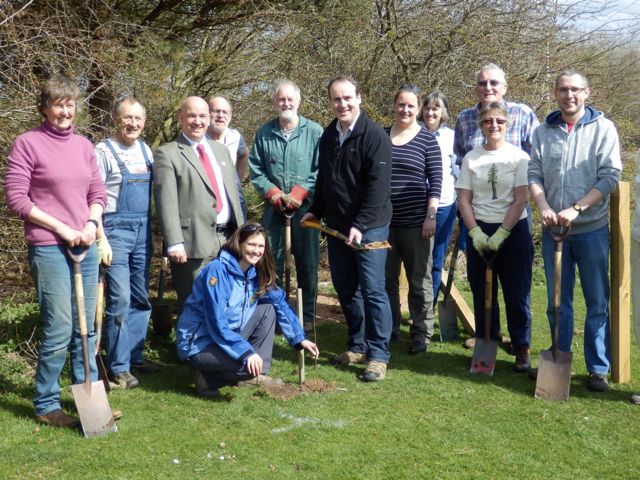 Paul Wheelhouse MSP planting the first of many trees

FoJMB Newsletter #24, June 2013 featured this story with quotes from Paul Wheelhouse: “Throughout his incredible career, John Muir worked tirelessly to preserve the natural environment for future generations, inspiring people worldwide with his exceptional passion and commitment. During our Year of Natural Scotland in 2013 it is entirely fitting that we mark the 175th anniversary of his birth – here in Dunbar – by celebrating his outstanding natural legacy and encouraging people across Scotland to follow in Muir’s footsteps to experience the great Scottish outdoors. I regularly visit John Muir Country Park, and it’s a real honour for me to have a chance, here, to formally mark the life of someone whose work I greatly admire.”

and from East Lothian Council’s [then] Cabinet Member for Environment, Cllr Norman Hampshire: “John Muir’s innovative work in recognising the importance of protecting the natural environment has been widely appreciated and adopted across the world. Growing up in Dunbar the young John greatly loved the variety of the natural environment around the town. Events such as this weekend not only promote the values and beliefs of Muir but also seek to actively put many of his ideas into practice to enhance and protect the local environment.”

2013 was also the Year of Natural Scotland and a banner was attached to the one of the areas set aside for planting to mark the occasion. 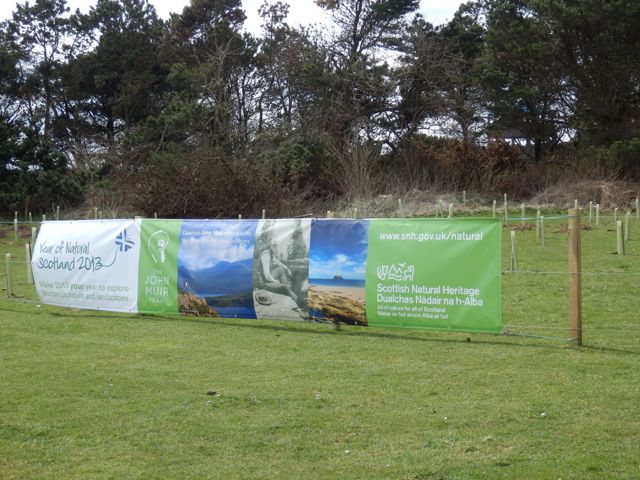 The Year of Natural Scotland 2013

This was what this area looked like during the planting. 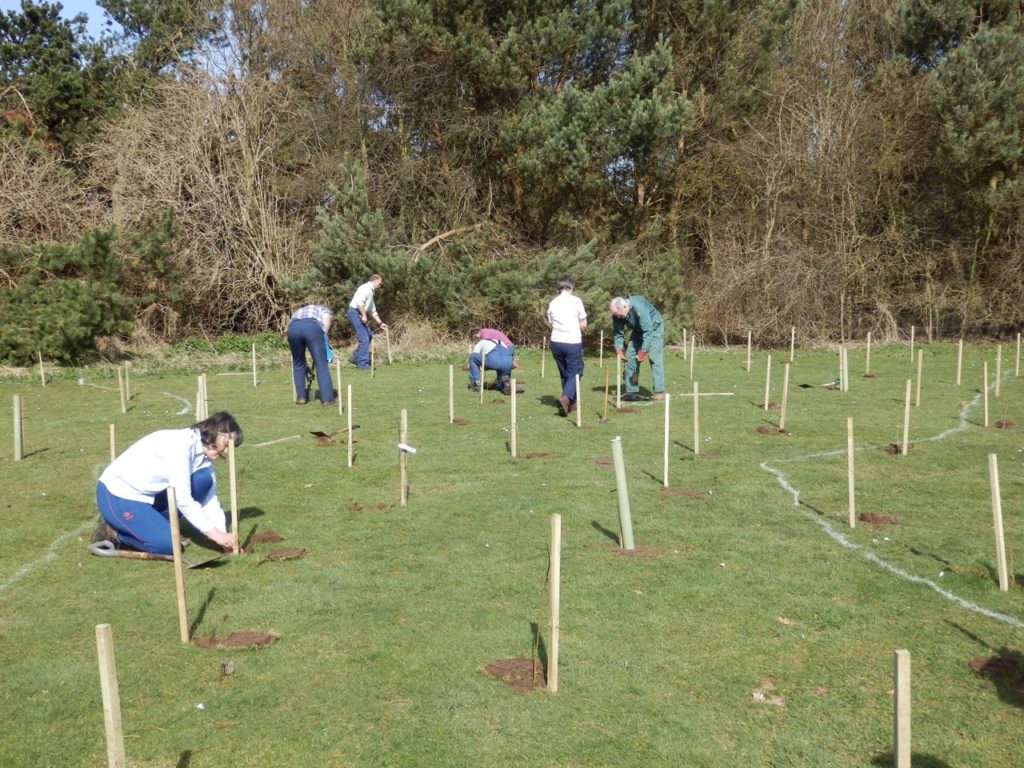 Seven years on this is what it looks like now!