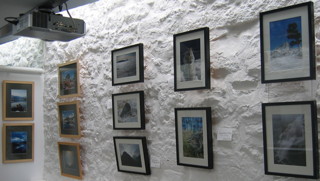 An exhibition marking the 30th anniversary of our twinning with Martinez, California, opened at John Muir’s Birthplace on 16th April and will run until 29th May. Local resident Steven Boyle, who was one of the first Rotary Club ‘ambassadors’ to visit Martinez in 1997, will display some of his own nature photographs, alongside a selection of historical photographs of both towns, produced by Dunbar and District History Society and Martinez Historical Society, commemorative objects, and messages from our sister city. 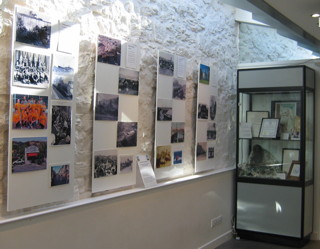 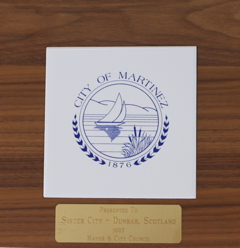 Commemorative plaque presented by the Mayor and City Council of Martinez 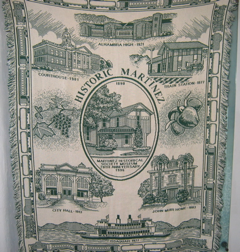 Commemorative objects include this throw presented by Martinez Historical Society

This entry was posted in Events, News. Bookmark the permalink.